“An American on the Rapids” 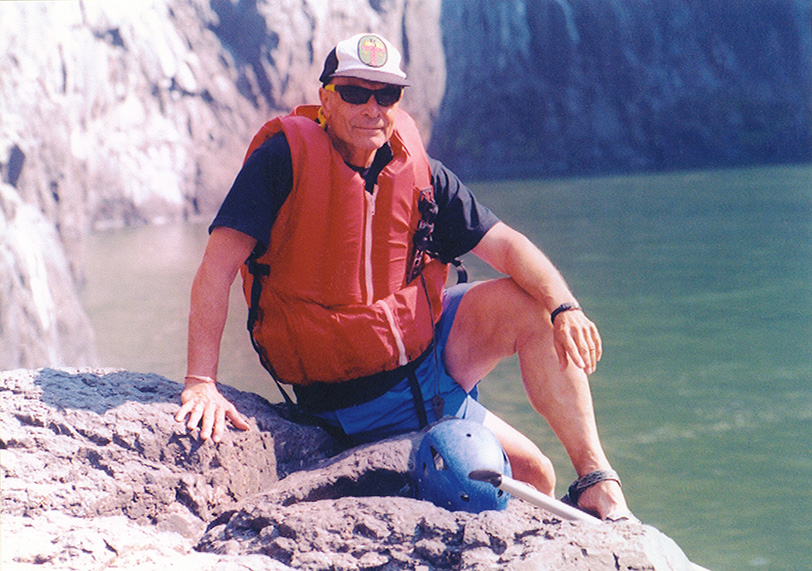 “I am not an adrenaline junkie or an extreme risk taker,
except on the Zambezi River.”

"There were quite a few river trips. I rode hard for about fifteen
years, and I did most of the majors. 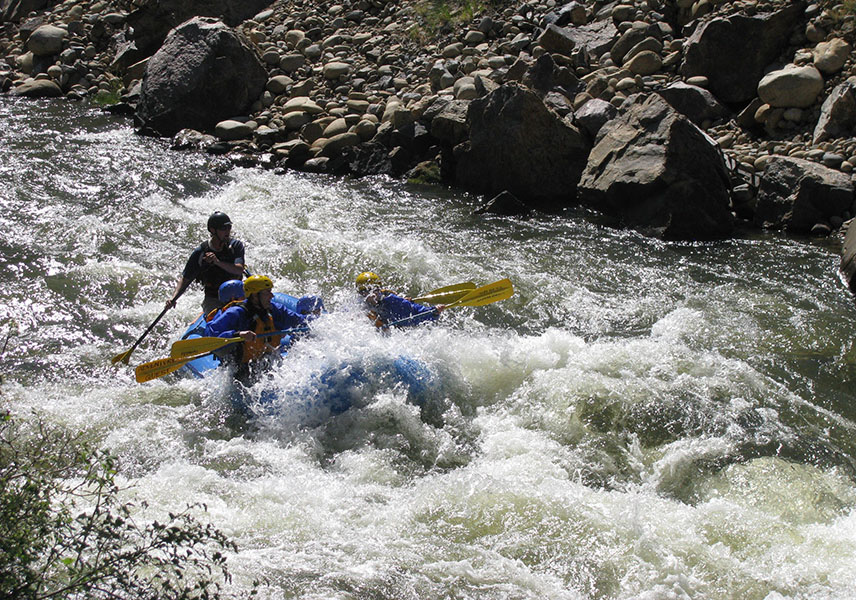 “My initial venture was the Colorado with the late Ted Hatch,
then on to the Selway in Idaho, then the Yampa and Greene
in Utah, then four times in consecutive years in Chile on the BioBio, the “River of Song”. We lost the BioBio in 1996 when Endesa dammed it up.

“I did the Son Koshi in Nepal twice and then on to the Zambezi:
the big trip four times, the one-day trip about twenty times.

“In Zambia the ‘Highsiders’ gave me the moniker ‘The Misun-
gu Ghost’ as I rode the Deep Throat rapid and the one-day trip
for about ten days straight. I made a trip to Turkey and ran the
Coruh, and then I returned to the Zambezi and did the one-
day trip again, ten days in a row.

“It’s hard to describe the images that flash through your mind
as you stand before half a mile of whitewater with haystacks
fifteen feet or higher, and holes so deep if you go in them you
will never get out. Then add to your calculations the croco-
diles a little further down the river at Upper Moimba, Ghost
Rider, and Lower Moimba Falls, and suddenly you are in the
throes of a full-blown adrenaline rush.

“The last river trip was on the Penobscot, a lot closer to home.
Ironically, that’s where two companions and I were nearly
killed, stupidly, at the Crib, thanks to a ‘miscalculation’ by our
female guide.” 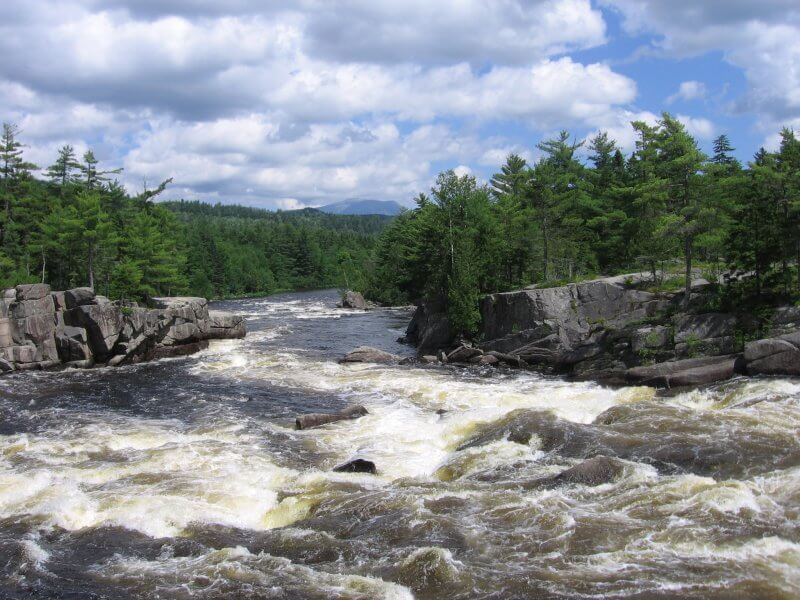 “The Zambezi is a ‘high volume’ river, big water, with rapids that punish the rafts and the ‘runners’ who dare to navigate them.

“The rapids are so big that, more often than not, waves slam into the raft, and raise it high up in one direction or the other, about to flip over. The only countermeasure is to “highside”, where all the occupants throw their collective weight en masse to the high side of the boat. Sometimes it works, often it doesn’t; the raft flips, and those who can’t hang on find themselves on their own in the Zambezi, with crocs waiting in pools below the rapids.

“The Highsiders were young Zambian men from the village
of Nakatindi. ‘Pax’ like Harry would have to highside cheek
by jowl with these brave, energetic, soulful Zambian men, because that’s the only way to make it down the river.

“The guide would shout ‘Highside right!’ then ‘Highside left!’ often multiple times in one rapid. The scrum would lunge at the next menacing wave, not knowing if the raft would flip
or not. 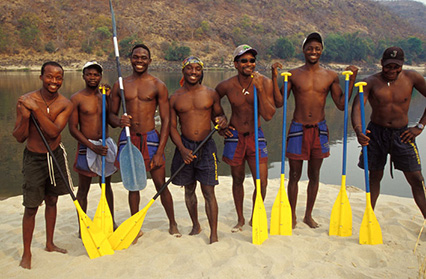 “There were times when the whitewater was so encom-
passing you didn’t know whether or not you had flipped over. When it became clear that the raft was still upright, there was unbridled joy and celebration, yelling and hugging.

“Courageous, very poor, very black young men from Nakitindi totally in the joyous moment with their white passengers in the raft. Then, just as you’d settled down, you’d round a bend and drop into another rapid, thinking, ‘Oh shit, I’m going to die here.’ ‘Highside right!’ Boom!”

Joe Kaminsky, an adventure traveler and professional videographer, ran the rapids with Harry on the Zambezi
and BioBio rivers. 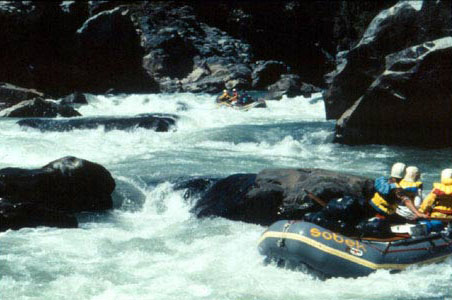 In January 1991, Ward Elliott and Harry Batchelder, old
friends, comrades-in-arms, and University of Virginia Law
School roommates, met up in Chile for Harry’s third ride
on the BioBio.

For a detailed, insightful account of a whitewater rafting experience on the BioBio, see Professor Elliott’s trip log: http://www1.cmc.edu/pages/faculty/welliott/chiletrip.htm.